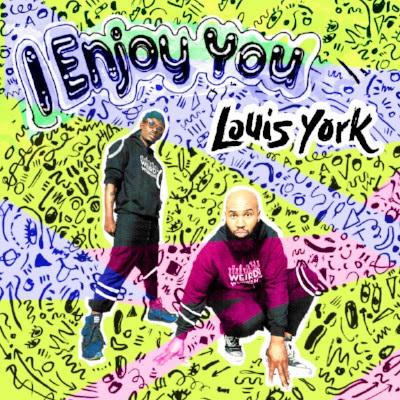 Multi-Grammy nominated duo Chuck Harmony and Claude Kelly a.k.a Louis York are excited to release their new single “I Enjoy You.”  Featured on their soon to be released EP Masterpiece Theater: Act III, “I Enjoy You” is a timeless piano jazz standard that evokes the soul of a true love song. With this single, Louis York continues to push the envelope to show their level of diversity and creativity.

“There’s a real pop sensibility in jazz and when we recorded ‘I Enjoy You’ we pulled from that pop element to create this song,” states Chuck Harmony. Claude Kelly adds, “We wrote this in the middle of creating ‘Masterpiece Theater,’ and it was elegant, classy, jazzy, but very current,” states Claude Kelly.

Louis York previously released their EPs  Masterpiece Theater: Act I and Masterpiece Theater: Act II, which produced songs like Clair Huxtable, Things I Should Have Said, Nerds, Don’t Play, Hipsters as well as has been featured in the Los Angeles Times, Essence, The Fader, Billboard and more. In addition, the duo executive produced Gospel artist Le’Andria Johnson’s new album Bigger Than Me as well as “Rain and Fire” which is featured on country star Sarah Evan’s new album Words.
###